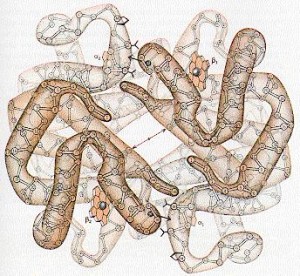 The 95 percent confidence limits are determined by the scatter along the y-axis, which is a function of the (in vivo — in vitro) values. Whether values are plotted against in vitro values or against (in vivo + in vitm/2) determines the position along the x-axis, and does not affect y-axis scatter of 95 percent confidence limits.
The data by time for the 24-h study period are shown in Figure 2. Bias and precision for each oximetry system relative to CO-oximetry are shown at each study period. Neither the Oximetrix 3 nor the SAT-2 systems demonstrated a significant change in bias (p = 0.882 and p = 0.15, respectively) over time. The HEM0PR02, however, did exhibit a statistically significant change in bias (p<0.001) during the 24-h study period.
Performance (bias and precision) of each of the in vivo oximeters by individual patient is shown in Figure 3. As noted above, each of the systems had an overall tendency to either overestimate or underestimate the CO-oximetry Sv02 (ie, positive or negative bias). However, some patients within each group had bias values different in direction from the group average. 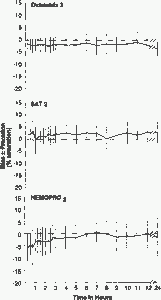 Figure 2. Bias and precision for each of the three groups for the 24-h study period. Each plot represents the pooled data for the ten patients in each respective group at each time point. 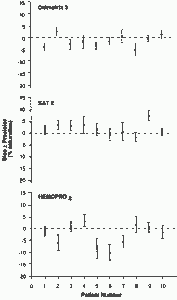