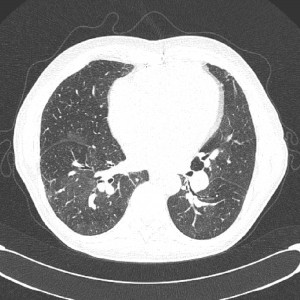 Without clinical studies to establish acceptable levels of agreement between PA oximetry catheters and bench oximeters, no true statistical conclusions can be drawn regarding the clinical performance of these devices; however, the lack of agreement with manufacturers’ published specifications (± 2 percent compared with CO-oximetry) demonstrated herein and the wide 95 percent confidence limits for total variability indicate that these devices are probably most useful as trend indicators. Determination of a patient’s actual Sv02 requires the use of a conventional bench oximeter such as a CO-oximeter.
Appendix
Bench oximetry for the analysis of hemoglobin oxygen saturation performed on instruments such as the IL CO-oximeter has become the de facto criterion standard. Because of their ease of use and apparent reliability, formal calibrations are seldom performed. Techniques for determining the oxygen content of blood directly* (and from that oxygen hemoglobin saturation) are also subject to inaccuracy. Even newer methods* cannot be assumed to be both accurate and precise. While it would thus appear to be impossible to test the “accuracy” of bench oximetry since no universally acceptable criterion standard exists, the reproducibility of repeated measures on a sample with constant saturation can be performed.
To define the level of reproducibility of repeated measurements on blood samples with the same oxygen saturations, we performed the following experiment in our laboratory. Using an IL-237 tonometer, samples of fresh whole human blood were tonometered against analytic-grade gas mixtures composed of 5 percent carbon dioxide; sufficient oxygen to yield hemoglobin saturations of approximately 40 percent, 50 percent, 65 percent, and 75 percent; and the balance, nitrogen. Blood samples were equilibrated for 45 min at 37°C at each oxygen value. Ten samples tonometered at each oxygen level were analyzed on the IL-282 COoximeter used in our study. The mean ± SD at each level were as follows: 41.4 ±0.4,52.8 ±0.7,65.1 ±0.3, and 75.7 ±0.4. While this experiment does not determine whether CO-oximetry has a systematic error (ie, bias) in determining blood oxygen saturation, the level of reproducibility is consistent with the manufacturer s reported “accuracy” specification of ± 1 percent.