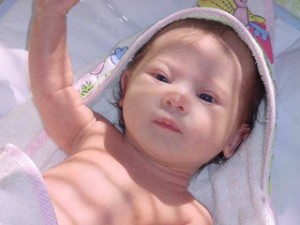 Procedure
All of the study catheters were inserted percutaneously by one of the investigators (P.E.S.) using a modified Seldinger technique to place an 8.5-Fr introducer sheath. The catheters were calibrated according to manufacturers’ instructions. The Oximetrix 3 was calibrated in vitro as was the HEMOPRO*. The SAT-2 system was calibrated in vivo, as this was the method recommended by the manufacturer for assuring best agreement with CO-oximetry. Under continuous electrocardiographic and pressure waveform monitoring, the catheters were passed through the introducer sheath until intrathoracic location was confirmed by venous waveforms and respiratory fluctuation.

The catheter balloons were inflated to the recommended volume (1.5 ml) and advanced until a PAOP was obtained after characteristic waveform progression. The position of the catheter was then adjusted so that a balloon inflation volume of 1.5 ml was required to obtain a PAOP The position of each catheter in the proximal PA was confirmed by chest roentgenogram (portable supine anteroposterior [AP] projection) before beginning the SvOt comparison, and catheter tip location was defined using the method of Johnston et al. The distance in centimeters of the catheter tip from a zero point, defined as the intersection of the descending portion of the PA catheter in the superior vena cava with the PA catheter in the pulmonary artery, was determined.