The patient had a lengthy stay in the intensive care unit complicated by nosocomial pneumonia, sepsis, unstable angina and Clostridium difficile diarrhea. The amiodarone was discontinued after a total of 10 months of therapy, and intravenous methylprednisolone 100 mg every 6 h for five days was administered. After a gastrojejunal tube was inserted, oral prednisone was initiated at a dose of 50 mg once daily for four weeks followed by a tapering schedule of 5 mg every two weeks. 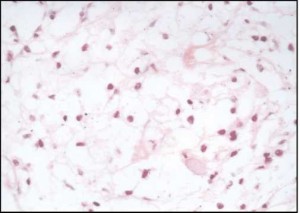 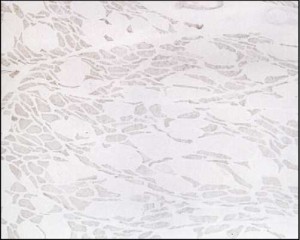