An Evaluation of the Accuracy of Assess and MiniWright Peak Flowmeters: Methods (2) 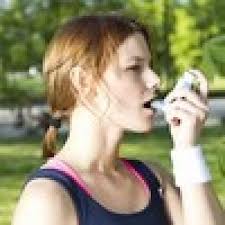 Regression analysis was used to mathematically derive correction factors for flow measurements between 0 and 11 Us (0 and 660 L/min) with an average pneumotachometer flow error of less than 0.25 percent. The accuracy of this steady-state calibration during dynamic maneuvers was verified using digital integration of the flow signal in comparison with a calibrated 1-L syringe. Prior to each series of measurements, the apparatus was zeroed.
Protocol
Three models of peak flowmeters were evaluated: (1) MiniWright (Clement Clarke International), (2) New Assess peak flowmeter (Healthscan), and (3) Original Healthscan (old Assess) meter that has been out of production for the last ten years but is still distributed by various pharmaceutical companies. Ten meters from each group were tested.
A normal subject was asked to blow through the pneumotachometer/peak flowmeter assembly. With each effort, the meter reading was recorded by the subject without knowledge of the pneumotachometer reading that was saved in an individual computer file. The subject then varied his effort to yield peak flow readings over the entire range of the meter being tested. In some cases, resistors were placed proximal to the pneumotachometer to obtain submaximal peak flow rates with maximal efforts. There was no difference in accuracy between submaximal efforts and maximal efforts with resistors.