Economic evaluation of the MEDENOX trial: A Canadian perspective 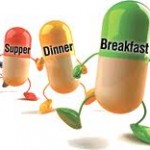 In the recently published Prophylaxis in Medical Patients with Enoxaparin (MEDENOX) trial , enoxa-parin (20 mg and 40 mg once daily) was compared with placebo in 1102 medical patients who were at moderate risk of VTE. The MEDENOX study demonstrated a 63% reduction in VTE incidence when enoxaparin 40 mg was compared with placebo. A recent American College of Chest Physicians consensus conference on antithrombotic therapy recommended LMWH prophylaxis for medical patients with a moderate risk of VTE .

The clinical findings of the MEDENOX trial, along with the American College of Chest Physicians recommendations, have the potential to affect substantially clinical practice concerning VTE prophylaxis in medical patients. Despite concerns regarding the cost of thromboprophylaxis in medical patients, little is known about the cost effectiveness of such a strategy. Two recent economic studies compared LMWH prophylaxis with no prophylaxis in the context of the MEDENOX trial , and all were in favour of using enoxaparin. However, these studies were performed within the context of the French and British health care systems. The aim of the present study was to conduct a cost effectiveness analysis of the MEDENOX trial from the perspective of the Canadian health care system.