Effects of PEEP on Respiratory Mechanics after Open Heart Surgery (5) 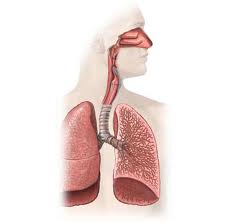 Experimental Procedure
Measurements were obtained first at zero end-expiratory pressure (ZEEP). PEEP was then applied in increments of 2 cm H20. At each PEEP level, measurements were done after patients were judged to have reached a steady state by stability of the RIP sum signal and Pao signal (usually within 1 min). End-inspiratory occlusions were obtained by pressing the inspiratory hold button of the ventilator for 5 to 6 s. During this period, the contribution of reduction in pressure due to volume loss by continuing gas exchange should be negligible. On reestablishing a steady state (usually within a few breaths), end-expiratory occlusions were done by pressing the end-expiratory hold button of the ventilator for 5 to 6 s.

All patients were studied up to a PEEP of 10 cm H20. In seven patients, higher levels of PEEP were used (up to 12 to 18 cm H20). The above measurements were then performed while PEEP was reduced stepwise to zero in decrements of 2 cm HaO. The whole procedure was repeated three times. Henceforth, these repetitions will be referred to as inflation-deflation runs 1, 2, and 3.
Data Analysis
End-inspiratory occlusions were followed by a rapid initial drop in the airway pressure followed by a gradual decrease to an apparent plateau.