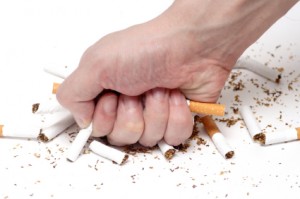 Discussion
In 1986, a task force of the American Academy of Allergy and Immunology recommended that measures to monitor and enhance adherence be included in the design of clinical trials. The present study demonstrates that providing information on the recording capabilities of the NC along with feedback of actual daily usage patterns can result in enhanced adherence to the prescribed MDI regimen compared with a control group. The feedback group used the MDI more often (more sets per day and in closer agreement to the prescribed three sets per day), used only the prescribed two actuations in more sets, had a greater percentage of actuations as prescribed, and had a greater percentage of adherent days; all of these intergroup differences in inhaler use were statistically significant. The feedback group also was more accurate in their self-reported MDI use and did not record a single canister dumping episode.
It is possible that the nonrandomized, consecutive enrollment design is a potential confounding factor. Adherence could have been affected either by baseline differences between the groups or by differences in the quality of the intervention. The feedback group did have a greater percentage of nonsmokers at 4 months than the control group. This creates a possible bias, since nonsmokers in both groups averaged more NC sets per day than smokers (feedback group, p = 0.008; control group, p = 0.04). Among nonsmokers alone, however, those in the feedback condition had significantly better adherence than control participants on the measures mean NC sets per day (mean, 2.06 vs 1.77; p = 0.006), mean percentage of sets with two actuations (mean, 81.7 vs 64.1; p = 0.0001) and mean percentage of prescribed actuations (89.9 vs 71.9 percent).