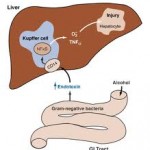 These findings raise the possibility that, if shift change at one point in time could be used to predict longitudinal decline in excess of that seen in nonexposed control subjects , then shift change could be used to predict which workers might be prone to development of future losses in lung function and possibly airflow limitation . If this is the case, other tests, such as tests of airways responsiveness that have been shown sensitive in swine producers , might be used to evaluate and possibly follow individual workers at risk.

It has recently been demonstrated that shift change observations in FEV 1 and FVC are reasonably reproducible in naive subjects exposed to a swine barn environment and that shift change measurements in exposed subjects may be used to evaluate the effectiveness of environmental control measures in the swine confinement facilities . Therefore, the test of shift change in FEV 1 may be a useful tool in assessing the effectiveness of environmental control measures in these facilities. That such might be the case is supported by the recent work of Senthilselvan et al that demonstrated directionally similar reductions in shift changes in the lung function indexes FEV1 and FVC, cellular response of nasal mucosa as measured by nasal lavage, inflammatory response as measured by cytokines, and evidence for bone marrow response as measured by peripheral white blood cell counts, following the initiation of environmental control measures.