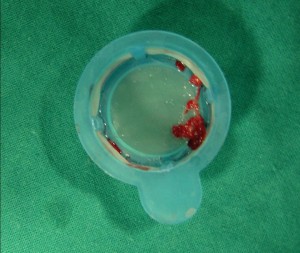 Limitations of This Model
Although the present data provide insights into the role of arteriography in thrombus detection, several limitations should be taken into account. First, this study was performed in intact arteries. In the presence of an atherosclerotic plaque, smaller thrombi could become visible due to further arterial lumen reduction. This limitation, however, does not seem to be crucial, since arteriography is also insensitive for identification of mural thrombi superimposed on atherosclerotic plaques in unstable angina. On the other hand, the observed 100 percent specificity of arteriography in this study may be much smaller clinically, because commonly occurring plaque dissection may appear as an intraluminal filling defect at arteriography and be taken for a thrombus. Biplane angiography and high-power magnification, not used in this study, might enhance sensitivity for thrombosis detection. It should be pointed out, however, that the inaccuracies of arteriography found in the above-mentioned studies occurred despite use of such technical improvements; also, the single projection used in the present study was highly optimized for viewing of injured arterial segments.
Histologic artifacts could arise in two ways. First, histologic processing could disrupt and dislodge thrombi, especially those that are poorly attached to the wall. This phenomenon, however, would be associated with low specificity for the arteriogram, which was not observed in the present study. Partial thrombus disruption, however, cannot be excluded, so that arteriographic sensitivity may be actually lower than we reported. Second, the need to fix the artery at a low pressure interferes with quantification of thrombosis. However, this artifact is not sufficient to explain the large thrombi that were AT—; also, such AT — thrombi were the same size as similarly fixed AT + thrombi.