Transcarinal Aspiration of a Mediastinal Cyst to Facilitate Anesthetic Management (3)

The patient was turned to the left lateral position and arterial blood gas determinations revealed Pa02 of 113 mm Hg, PaC02 of 43 mm Hg, a pH of 7.33 with a Flo2 of 1.0. Surgical resection proceeded uneventfully and pathologic inspection revealed a benign fibrous-walled cyst with no intact lining epithelium. Arterial blood gas determinations after surgical resection in the lateral position revealed Pa02 of 277 mm Hg, PaC02 of 43 mm Hg, a pH of 7.30 with an FIo2 of 1.0 percent. At the completion of the procedure, a chest x-ray film (Fig 3) revealed a totally reexpanded left lower lobe with only a few small areas of atelectasis, and Sa02 was 100 percent. She was extubated and arterial blood gas values on 40 percent close-fitting mask showed Pa02 of 95 mm Hg, PaC(>2 of 39 mm Hg, and a pH of 7.34. The remainder of her postoperative course was totally uneventful and she was discharged from the hospital on the sixth postoperative day.
Discussion
Major airway compromise in patients with mediastinal masses is a common finding both as a presenting complaint and as a sudden and life-threatening complication during induction of anesthesia. Although the vast majority of these occurrences are with solid tumors, extrinsic compression of major airways by cystic mediastinal masses can also occur. Several mechanisms have been postulated to explain why induction of anesthesia is associated with the onset or exacerbation of this problem. 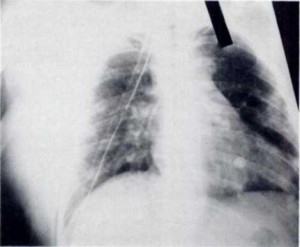 Figure 3. After resection, the left lower lobe is totally reexpanded with only a few small areas of atelectasis.